Tairawhiti wanted to develop a community-wide response. Led by the local District Health Board, a broad group of people were brought together to develop a co-ordinated obesity strategy for the region. 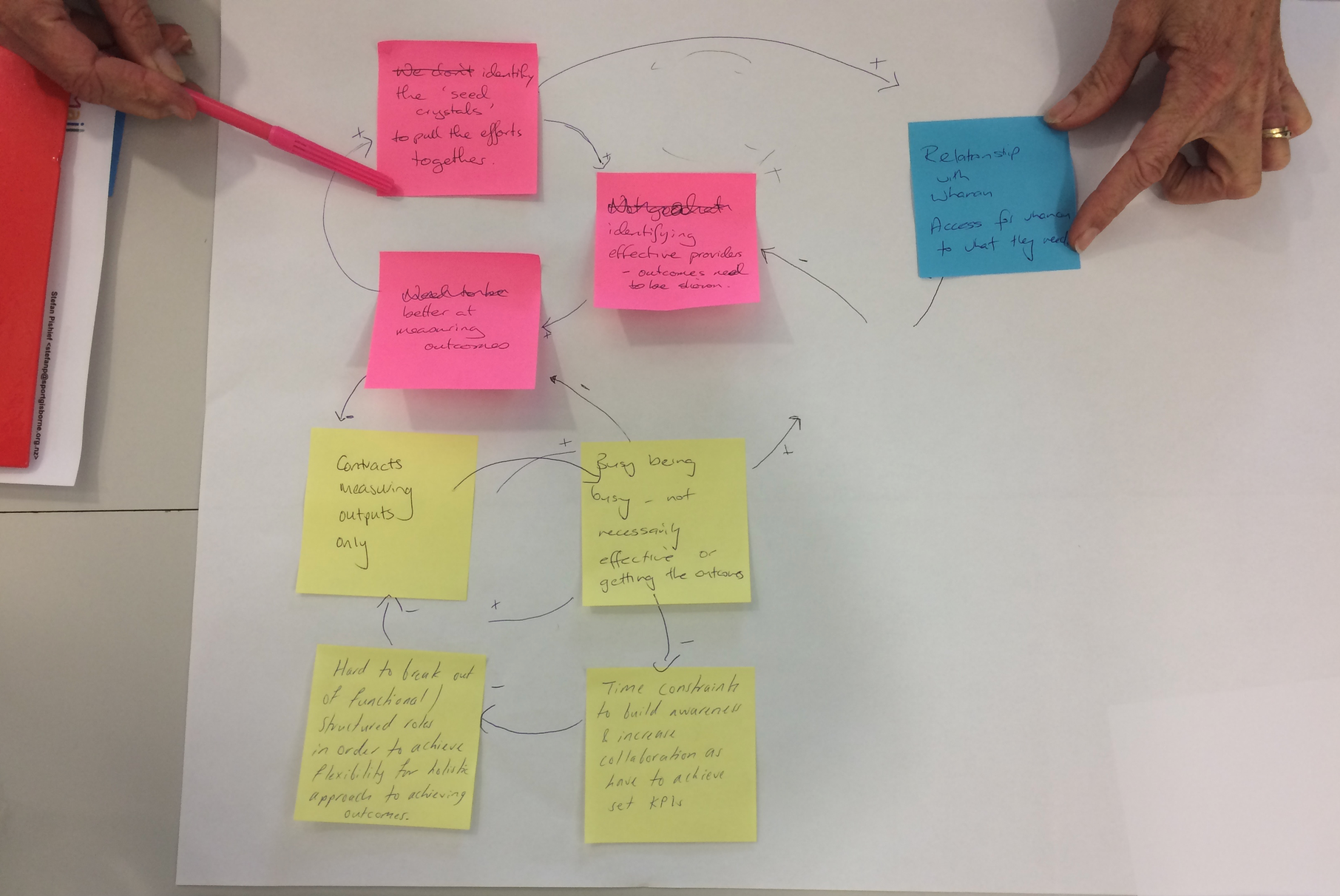 Obesity rates for children 2-14 years old in the Tairawhiti District on the East Coast of New Zealand are twice the National average.

Initial work uncovered 5 key themes driving the levels of obesity in the region. These were deprivation, the strength of marketing from the food industry, the disconnection and alienation that the Māori population had experienced, the physical environment, including the impact of video games and poor road safety which discouraged walking and cycling difficult and the fact that providers were largely working in isolation from each other. All of these interacted with each other to deliver the levels of obesity seen in the region 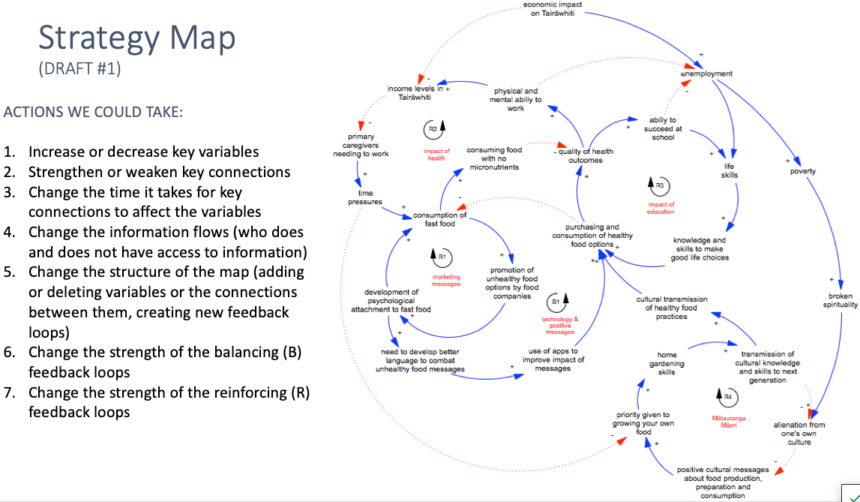 Over a series of three workshops the participants combined their casual maps into an overall map that brought the various themes together. Blown up to an A1 size that map has been adopted as their ‘1-page strategy’ and was used to direct and co-ordinate actions in the community 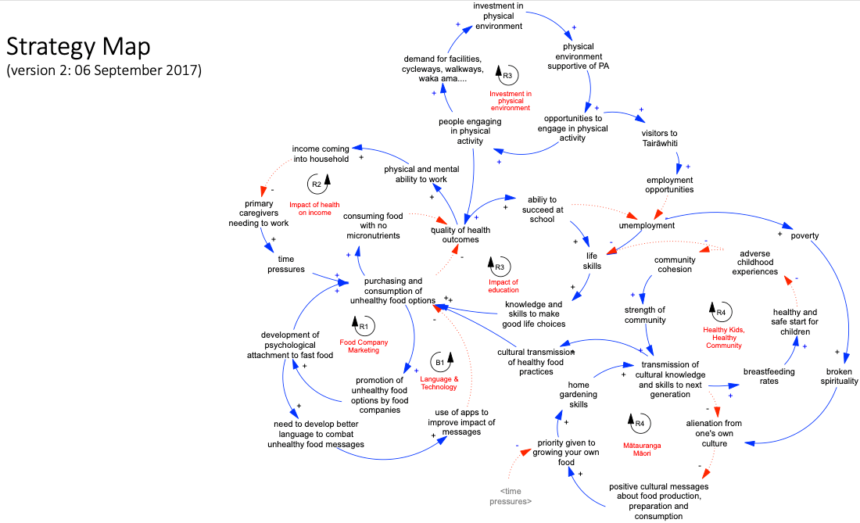