The data was clear. The population was ageing, and they were developing increasingly complex health problems with the result that the numbers requiring kidney dialysis was rising, and likely to continue doing so. 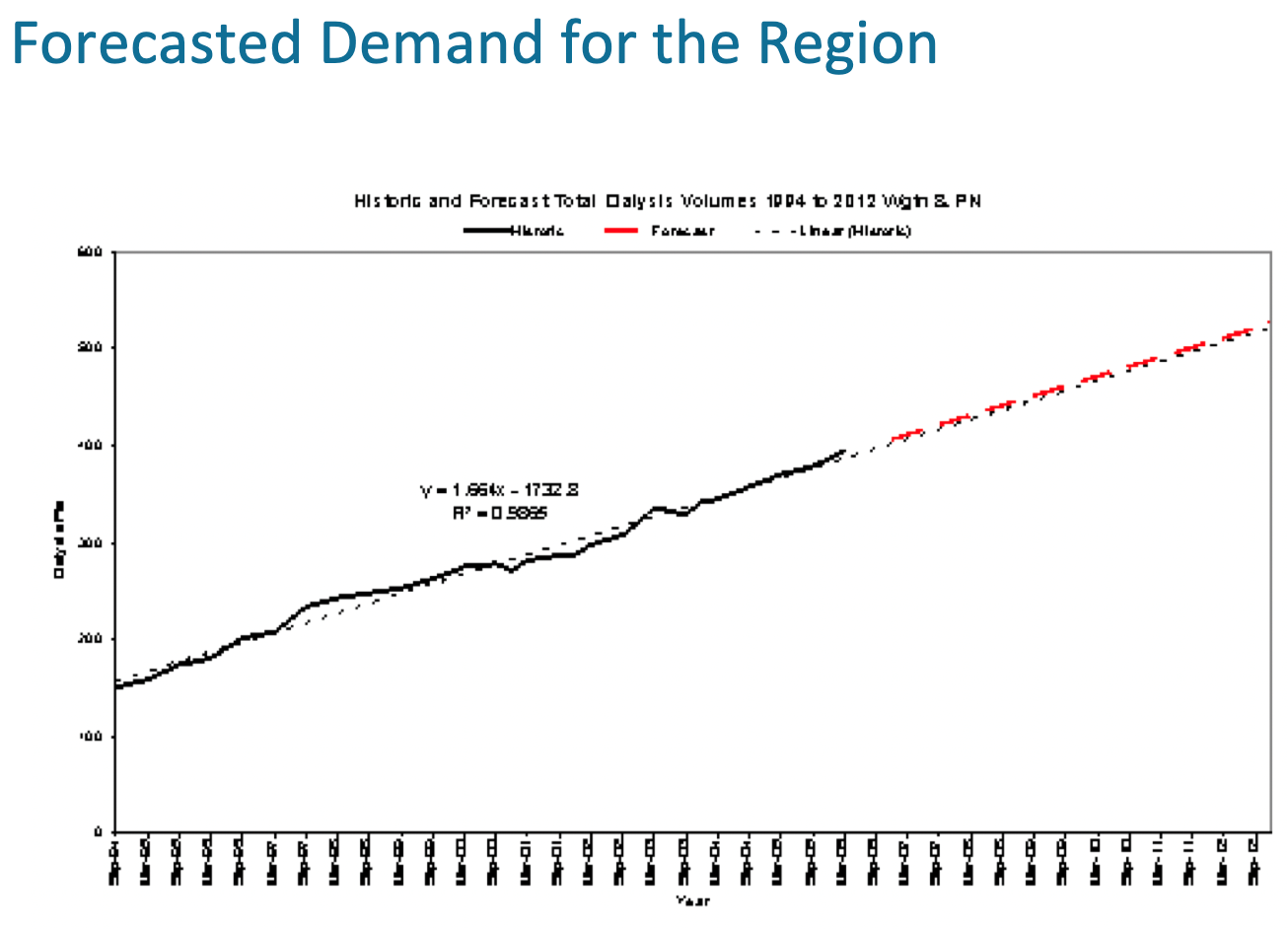 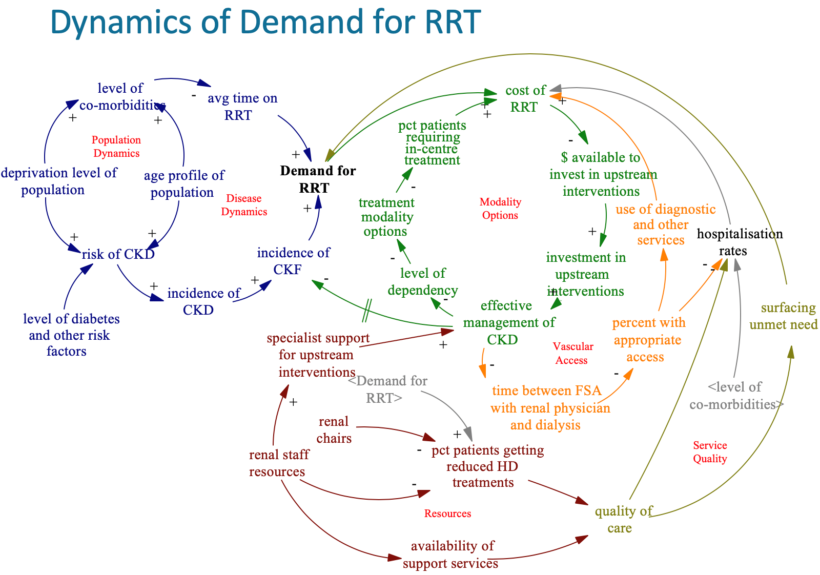 Working with the hospital renal team and talking to both clinicians in primary care and dialysis patients we developed, a causal map highlighting the drivers of increased demand.
Yes, age was a significant factor, but the map showed that even more important was the counterintuitive dynamics created by the focus on inpatient care driving up the demand for more inpatient care. Because the hospital team were so busy, little was being done for patients until their need for dialysis was severe. They were so overstretched that they were unable to see patients early enough to better manage their decline in kidney functioning. As a consequence, patients were very ill by the time the renal team saw them and inpatient dialysis was realistically the only option for many of them.

Once we had a good map of the key dynamics, a simulation model was built to test the assumption about the need for more inpatient facilities. The model highlighted the dynamics driving demand and supported a gradual shift in the model of care so that patients started being seen earlier, opening up the treatment options. Depending on the model of care and the speed of implementation, the future numbers of patients requiring in-centre dialysis was highly variable. The ‘certainty’ driven by the demand trends turned out to be far less certain as the model of care had a bigger affect on in-centre requirements than the overall trend in numbers. 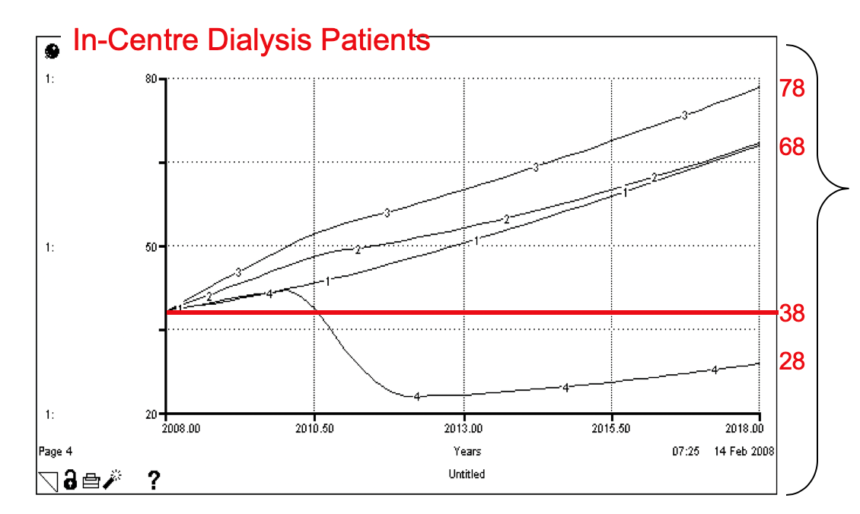 This led to a major review of the model of care, resulting in more options, expansion of community-based care, and a significant savings due to the deferment of major capital expenditure that was required if more in-centre facilities were built.